Lung diseases cause most deaths worldwide. Most lung diseases have a big effect on comfort and happiness. To stop people from getting lung disease, P4O2 will look for signs of the disease before somebody notices he or she is ill. P4O2 will also test repairing the damage that was already done so early. This is easier than repairing very sick lungs. Furthermore, they will check for differences between people with the same type of disease to prevent the use of a one-size-fits all treatment. They test adults of about 45-65 years of age that live in the Netherlands and who do not have a lung disease. P4O2 will investigate for example their blood, urine, breath, etc., and they will use gadgets to measure air pollution and how active they are. After a few years, some of these people may get a lung disease. They will then look back in early tests of these patients to see if actually there were signs of early damage already. These signs can then be used to detect lung disease at an early stage in other people, which can be treated before they notice they are ill. 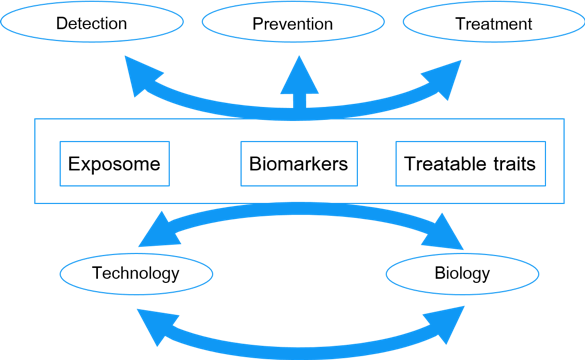