The threat of disappearing organisations such as housing cooperations and health care institutions in Kloosterburen, a village in northern Groningen, exerted a big effect on the inhabitants. There was uncertainty about the quality of life on a social, economic and ecological level. This led to the writing of a village vision in 2003 in which residents could express themselves. The conclusion that followed described the unanimity in the village: Kloosterburen is wrongly considered a shrinkage area, whereas unique opportunities are not being taken. Due to this outcome, working groups were formed. However, within a year they had all stopped; 'we can make wonderful plans, but we have no say in them, nothing is our property in the public domain,' says Hilderink.

The impact of citizens' initiative on society

In 2006, Anne Hilderink took this outcome into a study project she set up with the SintJan Foundation (named after the former Monastery) to see if it was possible to set up a living-working environment for mentally handicapped people. This was the beginning of an inspiring civic initiative named “Coöperatie Klooster & Buren”. In 2014, it organised itself in the five villages Kloosterburen, Molenrij, Kleine Huisjes, Kruisweg and Hornhuizen. The cooperation aims to keep Klooster & Buren liveable and its residents vital in a sparsely populated rural area. In addition to researching and studying the possibilities for and with the citizens, the cooperation puts the results into practice. With beautiful transitions as a result.

As a visual artist and resident of the village of Kloosterburen, Hilderink was aware that the opportunities in the village would only be realised when everyone was involved. 'You can only get people on board if they see their personal interest is recognised. Only then people are willing to work for something', says Hilderink. 'Our strength lies in combining and deploying knowledge and talent in the community. This way of working makes people feel responsible for their own area.'

Kloosterburen is home to the oldest monastery site in the province of Groningen. This religious heritage was a dilapidated place in the village, whereas now it is central to thinking and development. On this site there are three important national monuments, 2 churches and a medieval farm. There is a large green area and there is the nursing home 'Olde Heem' with 61 apartments. All this is now owned by the community.

In this area, a garden was developed with fruits, herbs, vegetables and flowers, and a large playground is combined with a petting zoo on the grounds of the nursing home. The Monastery garden is also a place for exercising, doing yoga or going for a picnic. Furthermore, in 'Olde Heem' people can live protected and independent and, if neccesary, receive 24-hour care. There is room for everyone. 'Even in the corona days, people could go for a walk in the garden. This keeps vitality among the elderly and young,' says Hilderink.

A new care model has also been developed. Basic care is in the hands of the community. 'There is a team consisting of professional care, village residents and family members employed by the cooperation. It's a shared responsibility,' Hilderink explains. 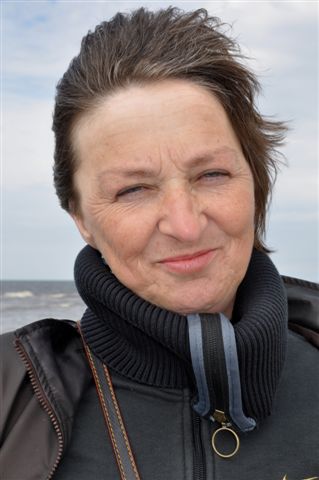 'In the tradition of the old monastery grounds, we connect religion, hospitality, agriculture, care, art and culture, area development,  education, and more. By connecting this, you create many more  opportunities than if you did it alone.'

Thresholds on the road

Klooster & Buren regularly runs up against regulations. 'Via our cooperation, we connect elderly care, care for the disabled, child care and refugees. However, care for the elderly has very different rules than childcare, for example. This requires an enormous amount of bureaucracy without providing any real return,' explains Hilderink. Furthermore, Hilderink also notes that top-down thinking is still common, both externally and internally; it is a persistent and familiar pattern in today's society. 'People are so quick to put their individual interest above the common interest. It is important to tackle this in good time, because ultimately you achieve much more together.'

The cooperation has experienced many great moments in recent years. One of those was that Klooster & Buren was visited by HRH, the King of the Netherlands in 2018. And that was topped off with the King mentioning Klooster & Buren in his Christmas speech, in the context of 75 years of human rights. 'This was a very special form of recognition', Hilderink states. The cooperation also won the Social Impact Award in 2018. They were named the most promising social enterprise of the Northern Netherlands.

Citizens' initiatives in the future

In the future, Hilderink hopes that there will be a certain type of policy formed on citizen initiatives. 'What you see is that almost all these citizens' initiatives are approached as individual initiatives. It would be nice if the following was said at a national level: citizens' initiatives are an important movement in society. We are going to look at them as a whole and invest in them,' says Hilderink. Furthermore, Hilderink also hopes that more research will be done into this form of care. 'This way,  it will become clearer what the benefits for the people are.'

This interview is one of many interviews in our Year in Preview. Curious about the other subjects in our online magazine? Take a look now! 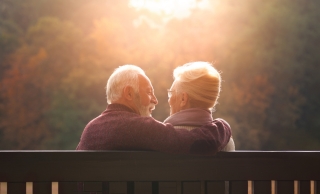