LSP, the leading European life sciences investor, announces the launch of the LSP Dementia Fund, a fund dedicated to fight neurodegenerative diseases. The fund will be managed by Professor Philip Scheltens, a world-renowned dementia scientist and thought leader.

Dementia is the greatest healthcare challenge of our time. A staggering 50 million patients suffer from dementia worldwide and predicted to triple to 150 million before the year 2050. The burden to our healthcare system is equally large; global costs are currently estimated to amount to over $800 billion – or 1.1% of global GDP – and will rise exponentially if no treatment is found. Yet, investments in R&D to find novel treatments are lagging behind.

First of its kind in the world

The LSP Dementia Fund focuses on all stages of dementia drug and medtech development and as such is the first of its kind in the world. It offers the combination of LSP’s deep investment experience with Philip Scheltens’ impressive scientific acumen and extensive network of dementia experts and research institutions across the globe. The focus will be on finding novel treatments to battle the different neurodegenerative diseases, such as Alzheimer’s disease, that cause dementia, as well as generating a strong financial return for investors. This makes the LSP Dementia Fund a true impact investment. In just a few months, LSP raised €50 million from strategic parties, financial institutions, and family offices. Given this significant appetite of investors, LSP believes the fund will ultimately reach at least €150 million.

Dr. René Kuijten, Managing Partner of LSP and founder of the LSP Dementia Fund, comments: “LSP is very honoured that Philip has joined our firm to lead this new and unique fund. In the past two decades, venture capital has proven to play an essential role in advancing biotech companies, but dementia opportunities remained largely unfunded. Together with Philip and his network, we now have a truly unique expertise in-house to identify and develop breakthrough ideas in the dementia field, ultimately leading to solutions for patients suffering from this terrible disease’’.

Prof. Philip Scheltens states: “I am excited to make this move in my career to realise treatment options for patients, building on and combining it with the work I was able to do at the Alzheimer Center Amsterdam. I am very honoured to be a part of the LSP team, the largest and most experienced life sciences investor in Europe’’.

Health~Holland is very content with the launch of the LSP Dementia Fund. We believe that only when forces are combined, the fourth mission of the Mission-Driven Top Sectors and Innovation Policy can be fulfilled. The fourth mission reads as follows: By 2030, quality of life of people with dementia will have improved by 25%. The launch of the LSP Dementia Fund is thus a very positive development. 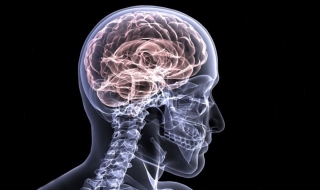